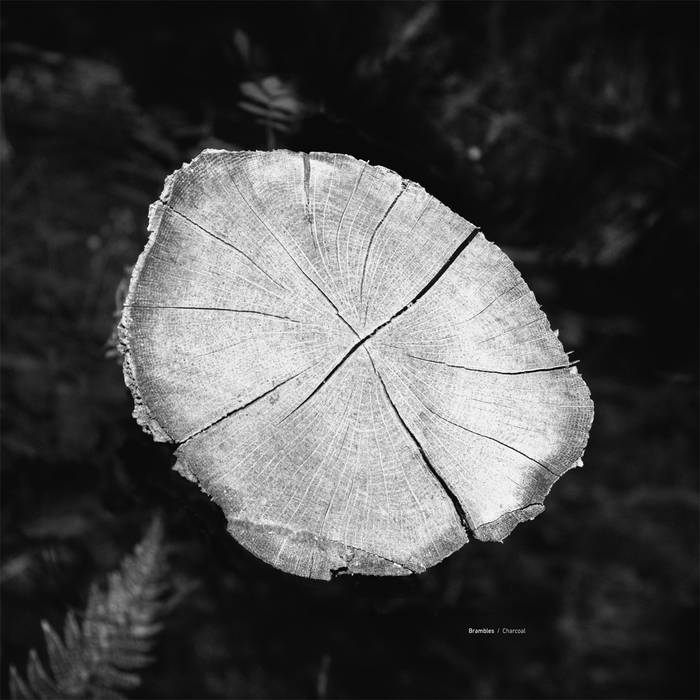 Michael K. Gause I came across this album on the ambient show out of Australia called The Quiet Space. Like others, I was immediately struck by the cozy yet forlorn atmosphere of the entire work. I’ve listened to it dozens of times, and it never gets old for me. A quintessential late night soundtrack for intimate solitude. Favorite track: Such Owls As You.

This is the 2014 vinyl special edition of Charcoal by Brambles, also available digitally.

Brambles is the solo project of Mark Dawson, born in Britain, permanent resident of Australia and currently living who-knows-where as he travels Europe and beyond.

Thanks to a prolific spell of writing from Mark, what was originally pegged as an EP quickly turned into an album. Charcoal is the result of long hours spent recording, editing and mixing. A lot of this material was recorded during his stay at "The Painted Palace" (see the Brambles Forecast mix of the same name), a communal house in Melbourne open to all manner of creative outsiders.

Crucially, the house also played home to a piano; during the night-time this was where Brambles sat, working out melodies and making recordings into the small hours. Sometimes the piano is at the forefront (as on the solo piano piece, 'Unsayable'), while at other times it plays a support role to plucked and bowed strings, haunted woodwind instruments, whispered field recordings and distant chimes ('To Speak of Solitude').

This is undeniably a night-time album, it has that still, peaceful quality to it, the same you get when you walk down a deserted street at night. And despite the slow pace, the music rarely seems melancholic - there's a sense of contentedness which pervades the album from beginning to end. Mark seems very at ease with life and there's a similar spirit to the music, it is deep, thoughtful and optimistic - in the words of Donal Whelan (who mastered the final album), "it's like being wrapped up in a warm blanket". Even the slightly more sinister "Deep Corridor", which plunges you to the depths of the ocean, has that "cosy catastrophe" feel to it. I can't help but think of Blade Runner and Vangelis when I hear it.

Written and produced by Mark Dawson