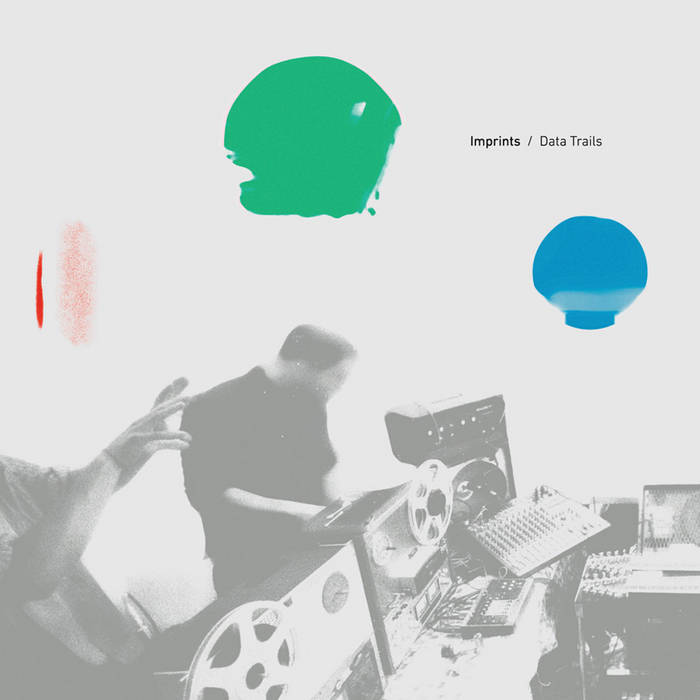 duncan speakman I can't quite get over how good this album is.. such beauty and delicacy and yet so muscular too. Soon i might be able to write a more considered and intelligent review. No way I could pick a favourite track, it really just works as a concise album. For now I can just say that I am blown away, totally blown away.

roel funcken There is a relaxation technique used by therapists that has you tense every muscle in your body for as long as you can bear before releasing them - the release is felt much more intensely when it follows extreme tension, and so you feel relaxed; this is the best analogy I can think of to describe listening to Data Trails. Ebb and flow, push and pull, tension and release. Favorite track: Longshore Drift.

Imprints are a technical nightmare of tape machines, synthesizers, homemade pedals, mixing desks and Max/MSP patches; a band perpetually on the brink of collapse. Their music examines the uneasy relationship between dissonance and melody, the contrast between dense masses and harmonious space. Contorted textures and tape-saturated atmospheres merge with pedal-steel-guitar, generative feedback and live sampling to produce a sound that is both organic and electric.

The bulk of Data Trails was recorded over three days in a small space in rural Devon. Imagine the scene: a medium-sized room filled to the brim with music equipment. Tape machines, synthesizers, pedal steel guitar, laptops (three of them), effects pedals, home-made distortion units and arpeggiators; and these, I'm told, are just the essentials.

For a period of two years following those three days of recording, the raw takes were edited and refined. New sections were recorded and overdubbed. Sometimes the band worked together in person on these additions but more often than not, files were swapped over the internet and the collaboration continued remotely. This was due in part to two of the band members relocating overseas for a period of time (as far as Qatar and Thailand), the album title pays homage to this spirit of remote collaboration.

Maybe it's best to think of Imprints as sculptors of sound. You've heard about some of the instruments they use, but more often than not, individual sound sources are indistinguishable from one another. How sound is processed is as important as the sound source itself. A complicated setup of wires, individual mixing desks and real-time audio manipulation transforms signals, making tones and frequencies fuse to forge new sounds. Sounds that are warm, organic, brimming with life, fizzing with energy, only just under control.

This live, improvised aspect of Imprints' music is important. It is three men battling with gear - words they use themselves to describe how they perform. Live performances are a mixture of excitement and stress - each member has an overwhelming list of duties to perform. Audio is allowed to loop and feedback into itself using the 'Time Lag Accumulator' method, pioneered by Terry Riley. If pushed too hard, the feed becomes over-saturated, decaying into a wash of noise; it has to be reined in.

Imprints are masters of suspension, tension and release. To begin with, chaos is encouraged - distortion and feedback combine to give us what we typically refer to as 'noise'. Noise, as in a wall of sound, sound that has a very full spectrum of frequencies and that we feel with our bodies as well as hear – a sonic mass. At their most intense, these walls bring with them an almost physical tension - you feel gripped by the music to the extent that you find your breath held, waiting for that moment of release. And that's what sets Imprints apart, their ability to give us not only that mesmerising, gripping build-up, but also the sweet moment of release; for just when those walls of sound threaten to overwhelm, the ice breaks and Imprints deliver the most spine-tingling passages of music I've heard in a long time.

There is a relaxation technique used by therapists that has you tense every muscle in your body for as long as you can bear before releasing them - the release is felt much more intensely when it follows extreme tension, and so you feel relaxed; this is the best analogy I can think of to describe listening to Data Trails. Ebb and flow, push and pull, tension and release.

If you allow the time to properly listen to Data Trails, it is a very rewarding album indeed - there's a lot to hear in all those frequencies so take time out to properly appreciate this one. Perhaps enjoyed best half-asleep, when music is felt more keenly than at any other time and we are more open to suggestion and possibility. This is an essential listen for anyone who enjoys deep, immersive sound - in other words, you.

Although this is their first album using the Imprints name, the band have previously recorded and released an album as Mavis Beacon. This album, Inside Every Second, which comprises a single, fifty minute track recorded live in one take, was released on the Ohio-based label, False, in 2011. You can find out more about it (and I suggest you do) on Imprints’ Bandcamp page.