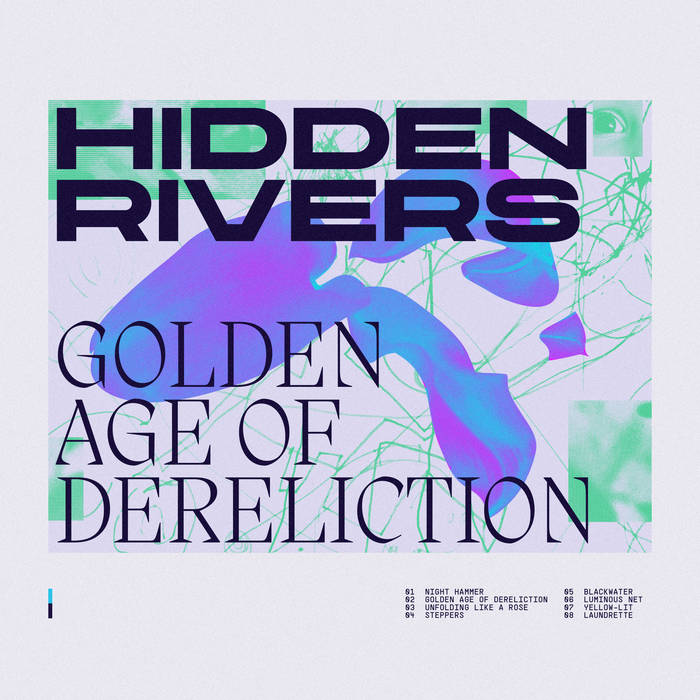 Golden Age of Dereliction is part soft focus dance music, part left field ambient drawing on influences from over 20 years listening to fringe electronic music. Taking inspiration from breaks oriented music of the nineties and sample culture to the more machine led music of 00s techno, electro and beyond, the music offers an escape to a parallel world where analogue circuits rule and smartphones have yet to grip the world.

This isn't a one-dimensional tribute or celebration of music's past, rather, an imagining of a present day offering in some alternate reality, where technological ideas and ideals branched off in another, slower motion direction on the cusp of the millennium. Opening track 'Night Hammer' could be the result of tuning into the frequencies of one of our neighbouring universes' midnight broadcasts. Themes of retro-futurism and nostalgia are deeply embedded in Roberts's music and seem to be emerging as the raison d'être for his output as Hidden Rivers.

Huw Roberts has previously released one album (Where Moss Grows) and one EP (Plainsight Lakes) as Hidden Rivers. Prior to this, he was part of the duo, Nest, along with Otto A Totland, releasing exclusively on his own label, Serein.